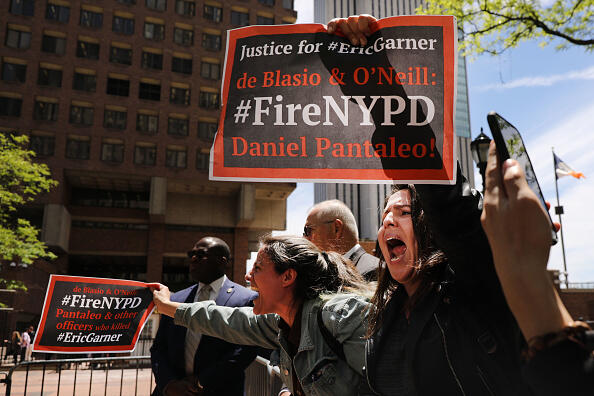 Ending a case that has been a prominent issue in the national "Black Lives Matter" movement, the New York City policeman whose actions caused the death of Eric Garner in 2014 has been fired.

Officer Daniel Pantaleo placed Garner in an illegal chokehold while arresting him in July 2014 for selling loose cigarettes on the street. Garner died of asphyxiation.

Pantaleo will not face any criminal charges, but NYPD brass accepted the recommendation of an administrative judge earlier this month that he be fired. (NBC News)

Listen to Wendy Wild weekdays on The Beat Of New York, weekdays from 10am - 3pm Read more