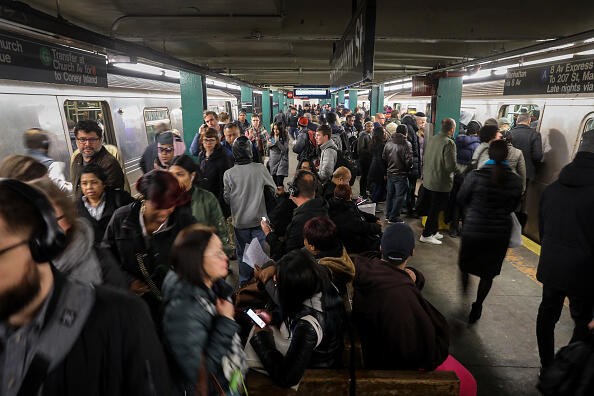 As a straphanger myself, I've seen some things. We've all narrowly avoided being kicked by the "Showtime Dancers", but this really takes the cake. Ugh.

The video, which was posted to Twitter on Sunday, showed two men pushing their bikes into one subway car and the other man riding his onto a second subway car. He nearly hit one straphanger on the platform during the maneuver. A passenger looks credulous as the bike is ridden onto the train.